Our Sled Hockey athletes are a diverse group ranging from 15-60 years of age. Many have lower extremity disabilities and approximately 15% of our athletes are disabled Veterans.

Roughly half of our team is comprised of athletes who have represented the USA in various National Level competitions including the Paralympics, World Championships and other International tournaments.

Our athletes, their families, and volunteers come from the extended Philadelphia region. After competing against each other at the Junior Sled Hockey level in the Atlantic District, the best players have come together to form the Philadelphia Flyers Sled Hockey Team.

Listed below is the 2016/2017 Philadelphia Sled Hockey Team. 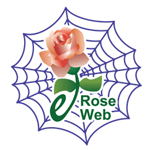